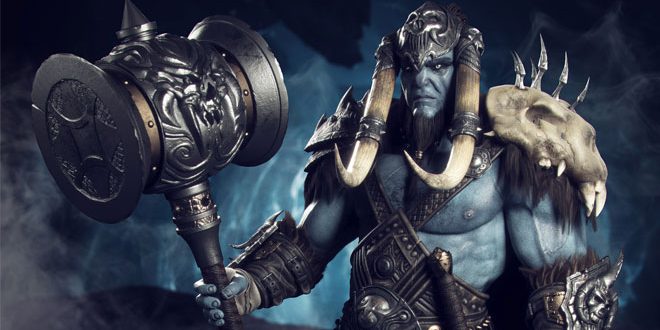 Marcelo Pinheiro is a 3D generalist with focus on character art and all aspects of it’s production. Organic and hard surfaces modeling, anatomy, Uvs, texturing, shading, lighting and rendering, Basic knowledge of rigging and intermediate animation habilites. 3D concept art. The Warrior is a personal project based on the awesome artwork of Yin Yuming the “Kangrinboq Warrior”. It all started as a quick zbrush sketch that was decimated and brought to 3d max for retopo. After the final animation ready mesh was done Marcelo jumped back to z-brush for the hi-poly sculpt. The body was particularly tricky as he could not get to the needed resolution using a single sub-tool. For that purpose, after sculpting primary and secondary shapes, he divided the model in 4 subtools and detailed each one separately. He then was left with a seam. To clean that up Marcelo Sliced the copy he had done of the full model being careful to get a good area around the place where the model was divided. He than projected the details, smoothed the seam and re-sculpted the pores. That was then projected back in to both parts of the divided model. The result is a full detailed body without seams. All the textures was than painted in zbrush and composed in photoshop to overlay the cavity maps. For the hair Marcelo used fiber mesh in zbrush to get the feel for the beard, exported the fast preview strands as guides and used ornatrix to generate the final hair. He did a simple rig in max to pose the character. For that he used cat. The final render was done in vray. Most of the surface details are 32 bits displacements. Final color correction and depth of field was done in photoshop. Previous Waddles cute 3D Art by Oscar Trejo
Next The Making of UNCHARTED 4: A Thief’s End 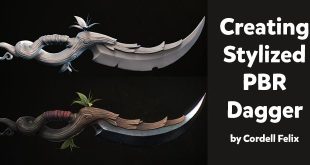