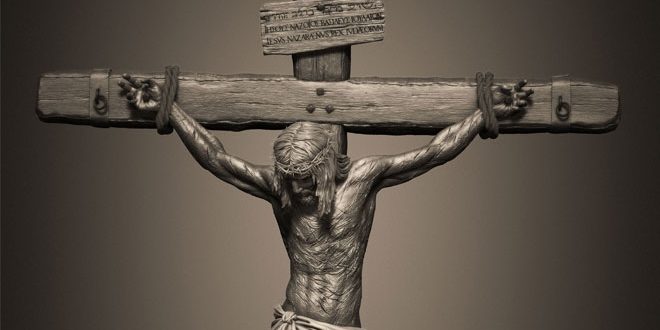 Crucifixion – For All of Us by Jesse Sandifer

Crucifixion – For All of Us by Jesse Sandifer

JESSE SANDIFER is a Lead Character Artist – Whitemoon Dreams from Los Angeles, United States of America. In this post you will see Crucifixion – For All of Us by Jesse Sandifer. Jesse’s attempt at depicting Jesus being crucified on the cross, as biblically accurate as he could.

Jesse is a Lead Character Artist at Whitemoon Dreams, an indie game studio in LA. He was a former Lead Character Artist for Blur Studio. He is a self-taught, award-winning digital artist with a burning passion to birth new, inventive concepts and characters and breathe life into everything he create. His work has been featured in film, games, cinematics, television, collectible figures, toys, trade shows, and a spread of cg art books and magazines across the globe. Clients and projects vary widely in an array of markets and include Blur Studio, Hasbro Toys, PCS Collectibles, Prime1 Studio, Axis Animation, Fox, Warner Brothers, Zynga, Autodesk, Daz3D, Visual Creatures, ReelFX, NBA Dallas Mavericks, Ryan Kingslien’s ZBrush Workshops, among others. He has been in the industry for 16 years.