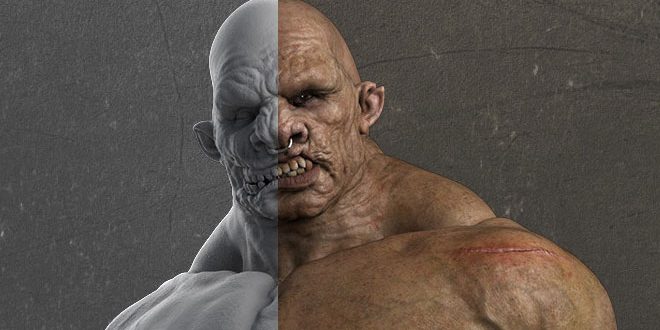 SHIKHAR SHARMA is a Character Artist, co-founder – Pod8Studios from Hyderabad, India. In this post you will see Gutt 3D Art by Shikhar Sharma. Gutt, a character developed for a project that POD8 Studios have been working on. Concepting, modeling and sculpting done by Shikhar. His colleague Arun helped him out with texturing/rendering.

Here is the initial ideation of the character :

Gutt is a UBC fighter from an underground world, where these gangs operate secretly. These clubs organise championships. 7ft 3 Inches tall, weighing 317 Lbs, in his mid 40s, tough and a furious fighter. started competing when he was 12. He has never lost a fight in his life, and is famous for his knockouts. Does not fight for any team anymore. Fights for himself. Still fighting at this age, no one knows why ? does not need any reward. Its just his way of living, these championships are a part of his life. Thats what life is for him, probably.