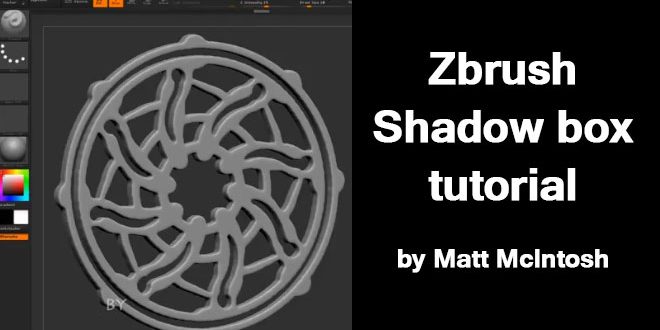 How to use the Shadow Box feature within Z-Brush 4R7, Matt will also show how to use the radial symmetry and then how to project on to another surface using the Match-Maker brush.