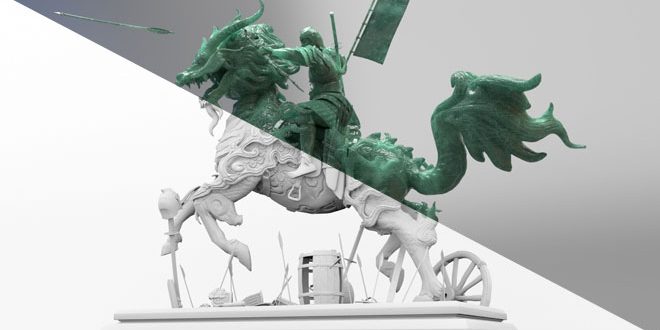 ARNALD ANDUJAR is a CG Artist from New York, United States of America. In this post you will see Qilin Statue 3D Art by Arnald Andujar. Qilin, a mystical chimerical creature known in China to arrive during the passing of a sage or ruler, was one of the inspiration for this piece. This project was in part hugely inspired by Digital Artisan Zhelong XU and his piece “Kirin”. Character Model for the soldier provided by Ranran Meng and Jey Xia! Render in Arnold Al Shader.