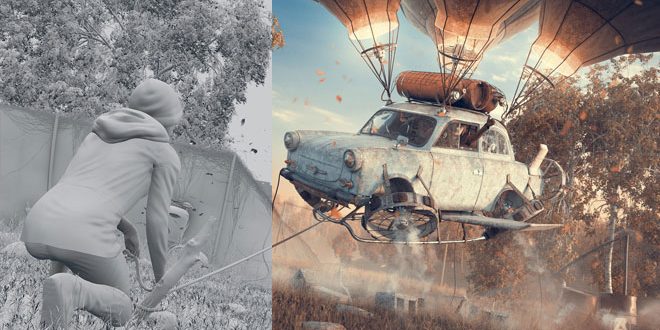 ZACHARIAS REINHARDTPRO is a 3D Artist & Certified Blender Trainer from Salzwedel, Germany. In this post you will see Final Takeoff 3D Art by Zacharias Reinhardt. Most part of the scene Zacharias modeled in Blender. The trees were generated using the Blender addon “The Grove 3D” and for the grass he used “The Grass Essentials”. For the stones and branches on the ground he used assets from the Megascans library. For the people he used MakeHuman models as base mesh. He used the “Trabant 500/600” as reference for the car.

Story: A grandfather and his grandchild had builded this flying car. Now, after months of hard work, finally it takes off. The old Trabant was decaying in a shed, but now it is put to good use again. 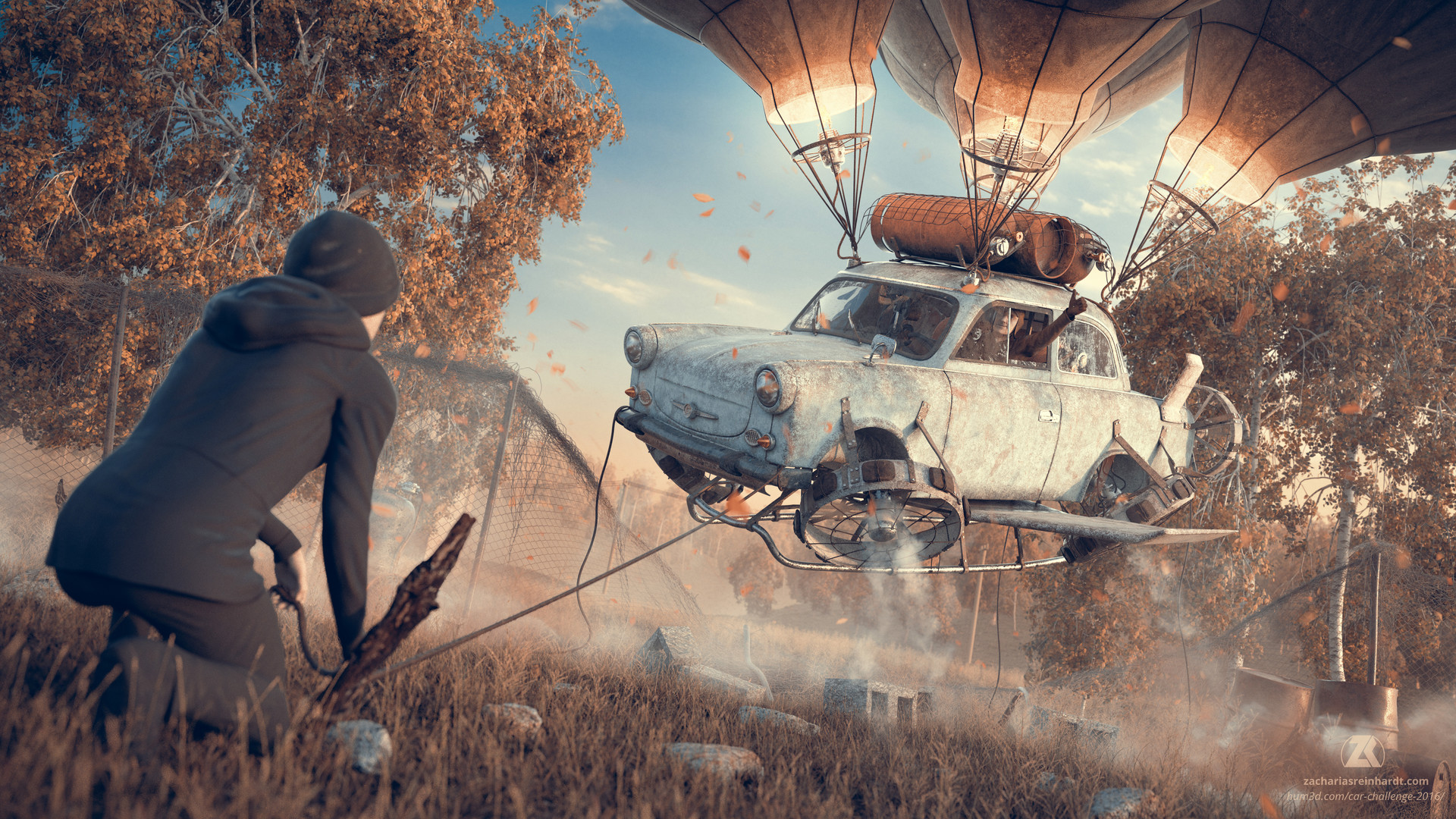 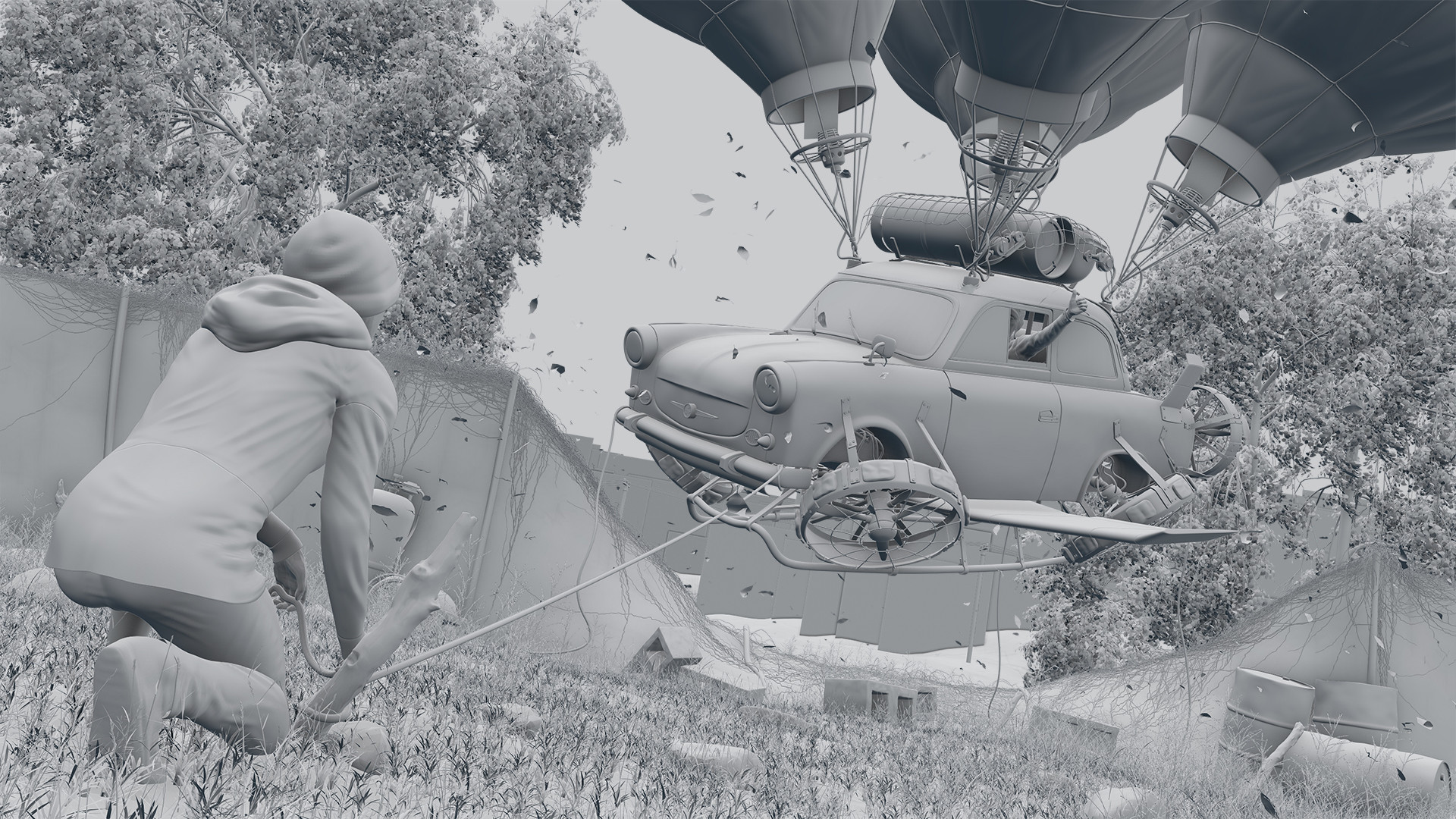 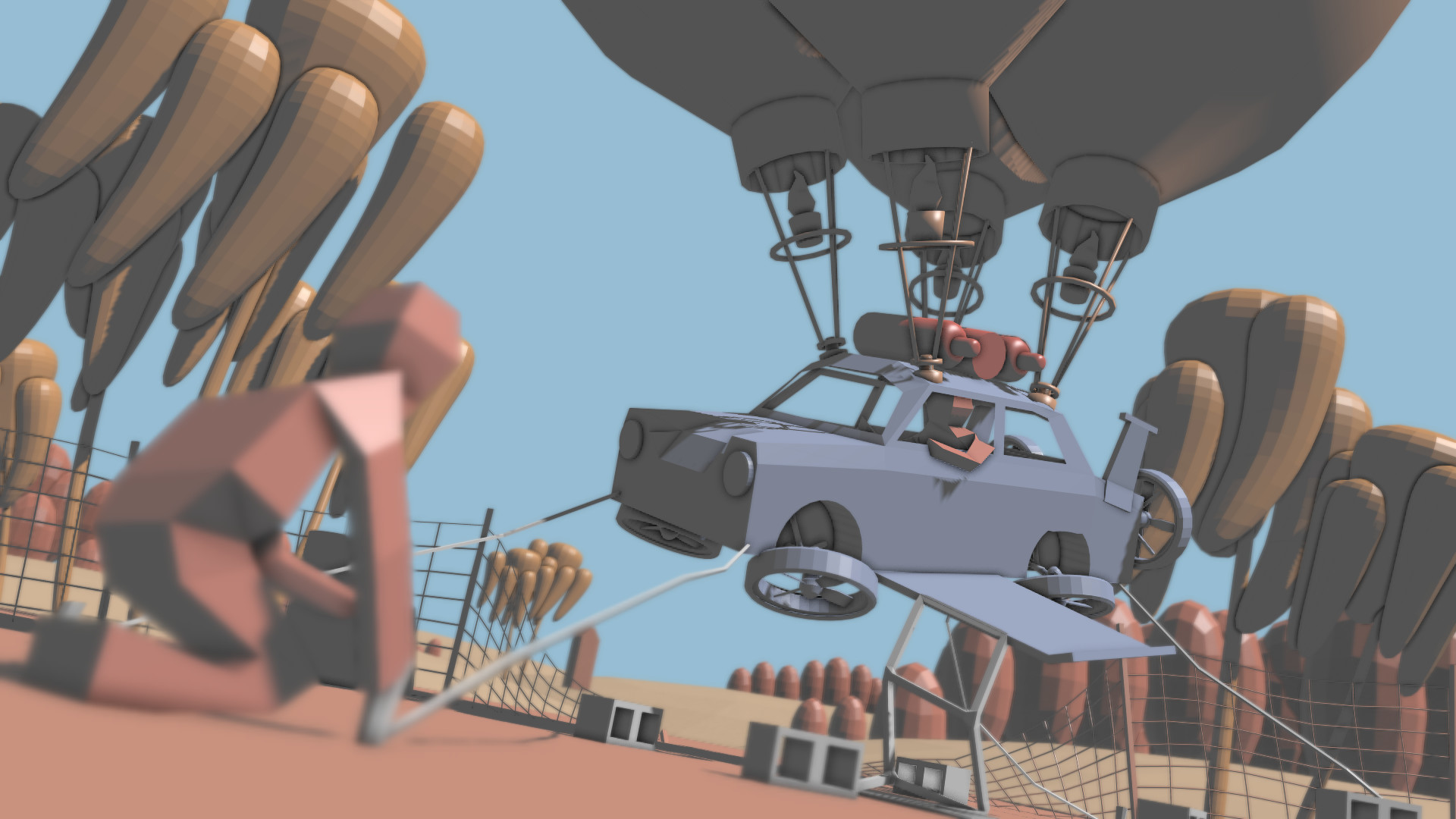 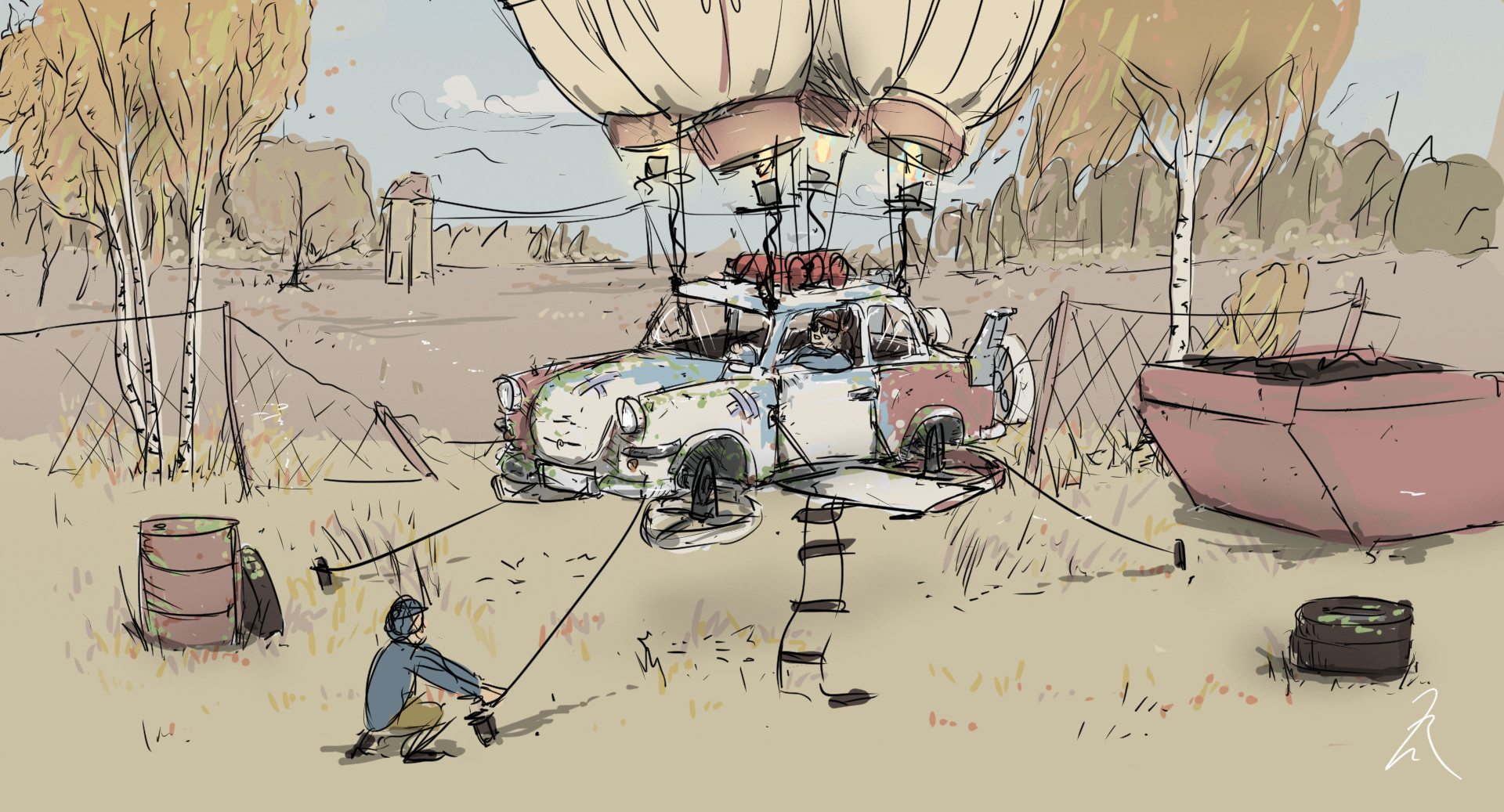 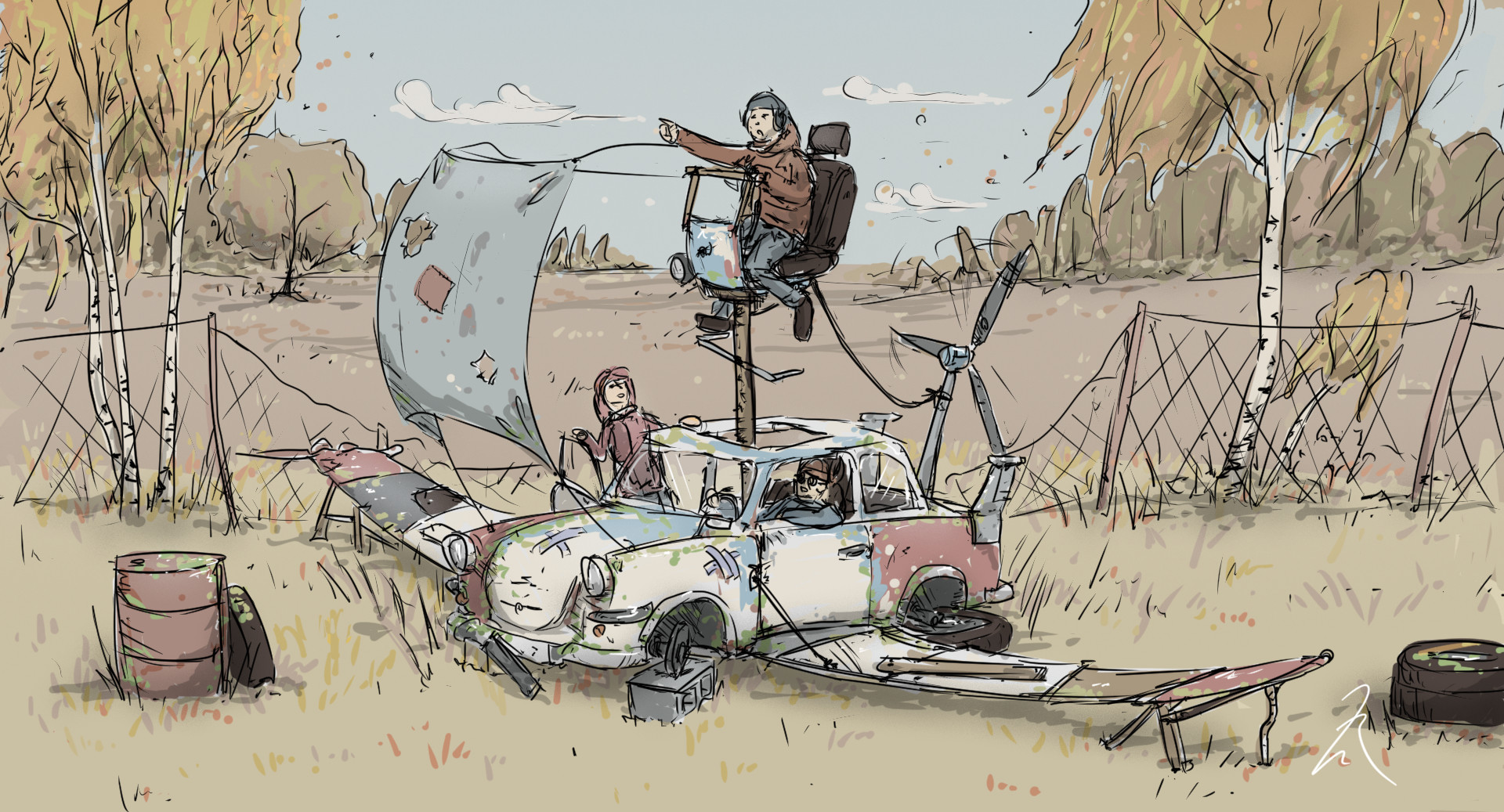 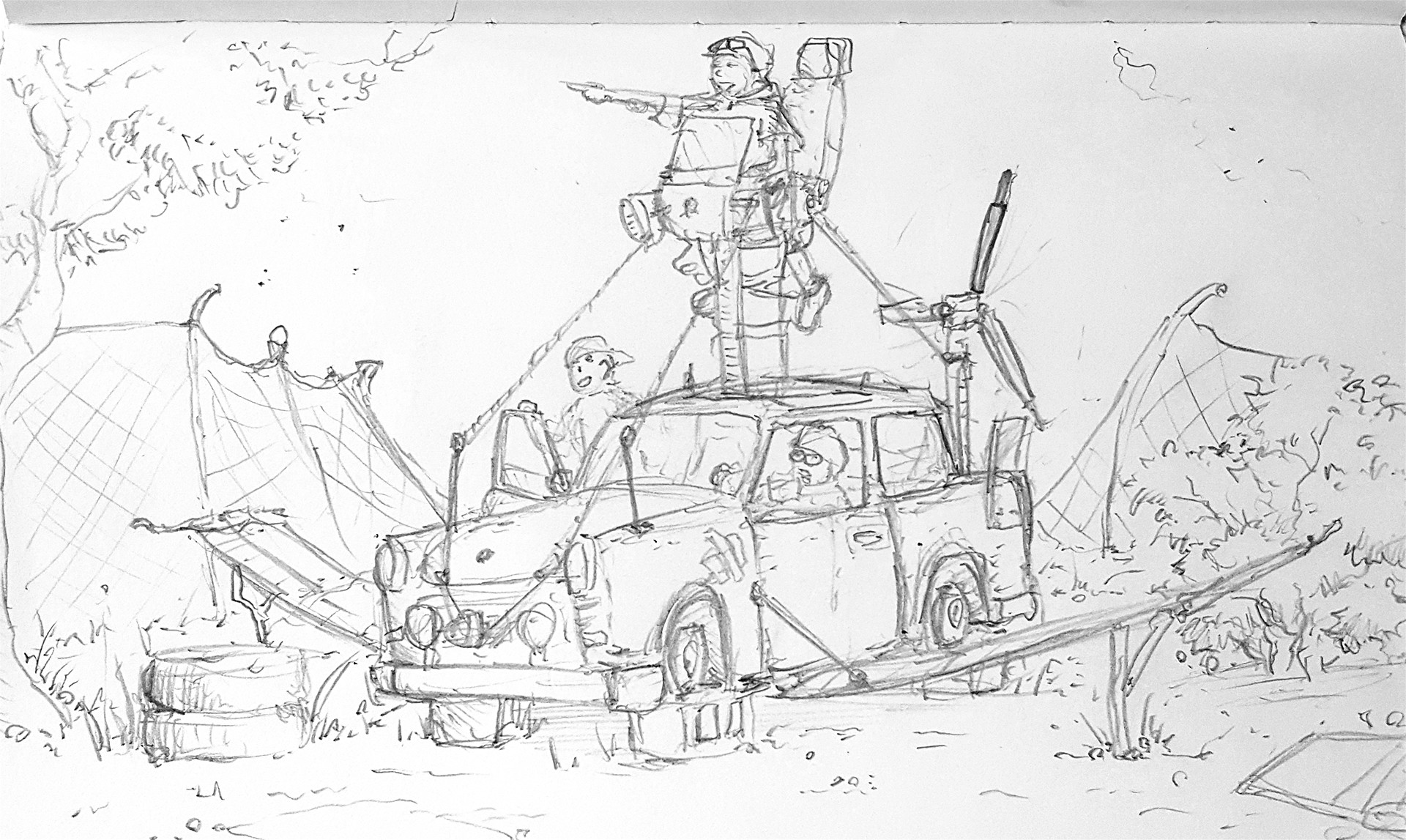 1st concept with pen and paper