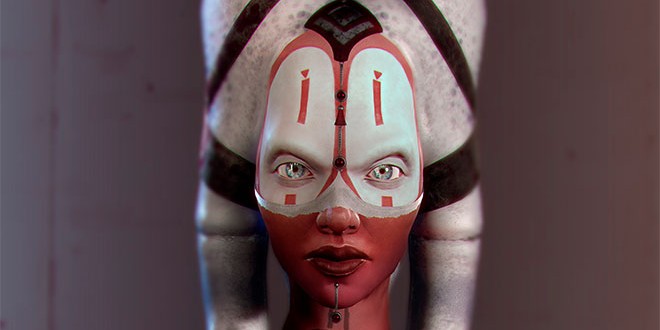 VINICIUS FAVERO is a Freelance 3D Generalist | Concept Artist from Mauá, Brazil. Born in São Paulo and graduated in Graphic Design, Vinicius Favero has been working as Senior Art Director and 3D Concept Artist for more than 8 years. In this post you will see Shaak Ti 3D Art by VINICIUS FAVERO. She’s a Low poly Real time Character modeled for Next Gen games. Produced during the Workshop with Danilo Athayde at Melies Film School. Rendered in Marmoset.