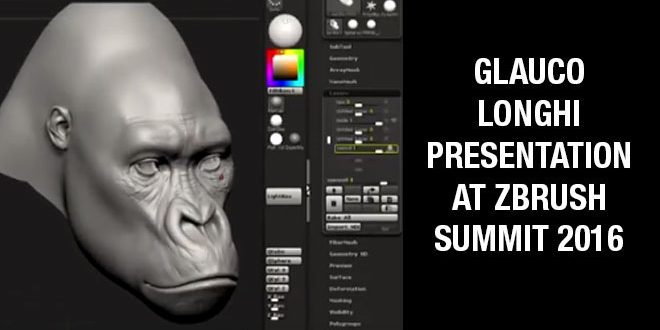 Glauco will be discussing the importance of adding the secondary forms and shapes before getting into fine details. Also, will be giving tips on how to analyze references and study.

Glauco Longhi is a traditional and digital sculptor, currently employed as a Senior Character Artist at Sony Santa Monica Studio. His latest project was Uncharted 4, by Naughty Dog.

Following a few years working in various games and advertising studios, Glauco started a company in Sao Paulo, Brazil, which ran from 2010 to 2013. During this time, he held various master classes for artists on traditional sculpting, both on-site and on location. He also traveled Brazil and worked on more than 40 projects for clients, from short films to feature movies, TV shows, commercials, collectibles, and more besides.

In 2014, he decided to take his career in a new direction, and into video games. With all the previous experiences and digital knowledge, he put up a new portfolio and moved to Santa Monica, California to work at Naughty Dog.

His passion for art is contagious, and his eagerness to stay on top of his skills – both in the traditional and digital fields – is nothing short of admirable. His skills speak for themselves, and they just keep getting better!