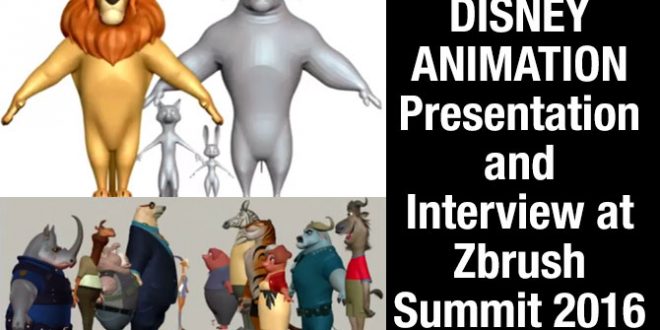 ZACK PETROC
Zack Petroc will present a behind the scenes look at the iterative Disney development pipeline, and give insights into how the model department’s efforts are integrated.

DYLAN EKREN
Will discuss how we went about giving our animal characters a unique look and anatomy. How careful research and application of real world animal anatomy makes the character’s of Zootopia stand apart from other anthropomorphic animals. SERGI CABALLER Will review how we used different universal topologies according to the different species/body animal types.

ALENA WOOTEN
Will share how multiple people worked on the same characters, and reused the same topo. The shape language, how we remained consistent between different animal types. How ZBrush can speed up concept to final approval process. How we sculpt some expressions for by-off on characters, but keep in t-pose. How we worked with designers in ZBrush.