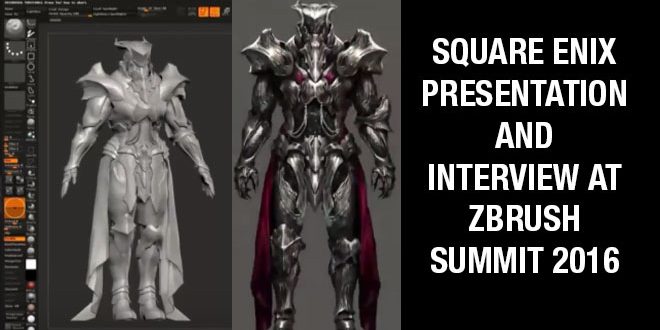 We will go through the sculpt data for a character and prop models used in “KINGSGLAIVE FINAL FANTASY XV” (feature film) along with rendered images. Mainly, we are going to explain how we have actually been sculpting with ZBrush from artworks.

Business Division 2: A superlative stage of high-end game development to “actualize sensation and surprise via outstanding craftsmanship.” Our division is involved in the state-of-the-art technical development aiming to attain the highest evaluation and income through business focusing on the latest FF title ‘FINAL FANTASY XV,’ and “KINGSGLAIVE FINAL FANTASY XV”. We proactively craft products by gathering team members with the most prominent engineering, art and planning skills in the industry.

More information on Square Enix Co., Ltd. can be found at http://www.jp.square-enix.com/