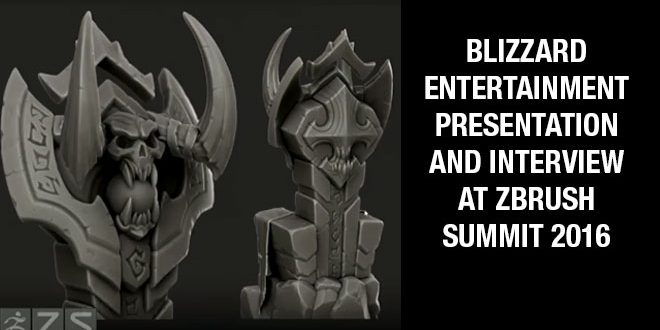 Michael Vicente will show us how ZBrush has positively impacted the Heroes of the Storm environment pipeline and what rules his team developed to increase stylization and readability for a game viewed from a top view standpoint. Michael will then show ZBrush workflow and brush examples used to achieve clean, readable and stylized sculpts.

BirD will share ZBrush speed sculpting techniques he has developed and how they are used by the Diablo team to quickly block out heroes and villains within the foreboding world of Sanctuary.Ace Up Your Sleeve: ZBrush is the Answer to Your Modeling Needs

In this presentation, Shannon will showcase various examples of ZBrush’s use in the cinematic pipeline at Blizzard Animation. Whether for the creatures of Warcraft, the creation of promotional statues, or the stylized characters of Overwatch, ZBrush allows artists the freedom to create anything that comes their way.

Additionally, Shannon will showcase some personal projects he has worked on as well some tips and advice he has learned through the years on how to survive and thrive in this ever-growing, competitive and exciting industry.